With a $4,000 bank loan and a few pieces of used equipment, William “Don” Sterling founded The Beaver Excavating Company in 1953. Throughout his career, Don Sterling accomplished many goals, but one principle he consistently strived to deliver was providing the highest quality service at a fair price. The company quickly built a reputation around this guiding principle, which continues today with the third generation of Sterling family ownership.

In the early 1970s, Beaver developed its geographical work territory to a three-state region and performed $10-15 million in annual sales. In the late 1970s, Beaver Excavating moved 1.6 million cubic yards of earth for the construction of the Goodyear Technical Center and Test Track Facility in Akron, Ohio.

Throughout the 1980s, Beaver expanded its role as a prime contractor for work including highway and bridge construction, landfills, airports, industrial facilities, and power plants. In 1982, the company was awarded the site work, equipment, and building foundation package for the new $500 million Timken Company Faircrest Steel Plant in Canton, Ohio. Work on the 450-acre site included 3.5 million cubic yards of earthwork, 10 miles of underground utility installations, and 26,000 cubic yards of cast-in-place concrete foundation work.

From the 1990s to the early 2000s, Beaver continued to expand and diversify its presence in the Commercial, Industrial, and Heavy Highway industries. Along with core services of mass earthmoving, underground utility installation, concrete foundations, and demolition, Beaver Excavating expanded its capabilities to include landfill liner and containment system construction, concrete structures, RCC (roller compacted concrete), dynamic compaction, environmental reclamation, and piling, Beaver continued to build and improve its equipment fleet by adding significantly to its rock handling equipment and capabilities along with investing in laser and GPS controlled machinery.

In 2005, Beaver’s sales reached $105 million. Over the past decade, Beaver has continued to be a prominent leading provider of civil construction services in the Ohio and surrounding state region, regularly taking on single project contract values of over $100 million. In that same time, annual sales have nearly doubled and now average over $200 million. In 2015, Beaver, through an integrated joint venture with two other team partners, was awarded a design and construction contract for the first Public-Private-Partnership contract in Ohio by the Portsmouth Gateway Group, in conjunction with the Ohio Department of Transportation, for the construction of the Portsmouth Bypass – a new 16 mile, four-lane, limited access highway that includes the construction of 27 bridges, three major interchanges, and nearly 20 million cy’s of earthwork, with a construction contract value of over $450 million dollars.

Today, Beaver employs more than 1000 people during the peak construction season and maintains a fleet of nearly 600 pieces of specialized earthmoving and construction equipment – one of the largest in the region. Beaver continues to be a leading provider of service for the Heavy Civil construction industries in OH, WV, PA, KY, and IN. Beaver continues to focus on becoming a single-source provider of civil construction services. With the expansion into Geotechnical construction, Beaver has added drilled shafts, auger cast piling, retaining walls, tieback and soil nail walls, and grouting to its list of growing capabilities. While Beaver has grown to be able to take on some of the largest and most aggressive projects, we still service our customers’ smaller project needs as well.

Beaver has earned numerous awards and recognitions for our outstanding safety program. Beaver received national recognition in 2017 with a first-place finish in the Associated General Contractors of America (AGC) / Willis Towers Watson Construction Safety Excellence Awards – Federal & Heavy Division of over 1,250,000 Hours Worked in 2016”. This was the fifth time Beaver has been awarded “First Place” nationally by the AGC and the first time in this “hours worked” category. Previous award years included 2016, 2013, 2010, and 2006. Beaver is consistently ranked in the top 20 nationally in the Excavation & Foundation Specialty Contractor Division – Engineering News Record Top 600 Contractor listing each year.

Safety, Quality, Loyalty, Integrity, Pride, Customer Focus, and Community Service – these values remain true today not only in the Sterling family leadership, but in the mindset of Beaver Excavating employees and the reason we are able to celebrate more than 6 decades of success with our customers. 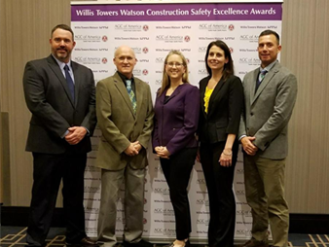 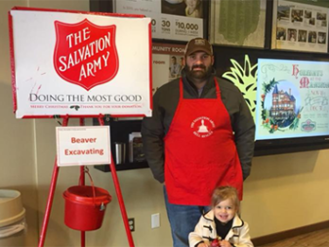 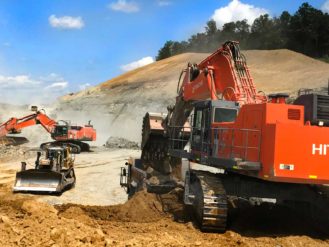 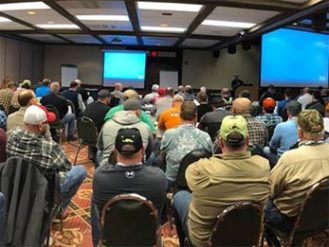 As an Essential Business, The Beaver Excavating Company is continuing its business operations to provide construction services to support the needs of our customers and communities. As always, the health and safety of our employees and customers is our highest priority. As we remain in operation, we will continue to follow the guidelines of the CDC and federal, state, and local health authorities throughout our business operations.